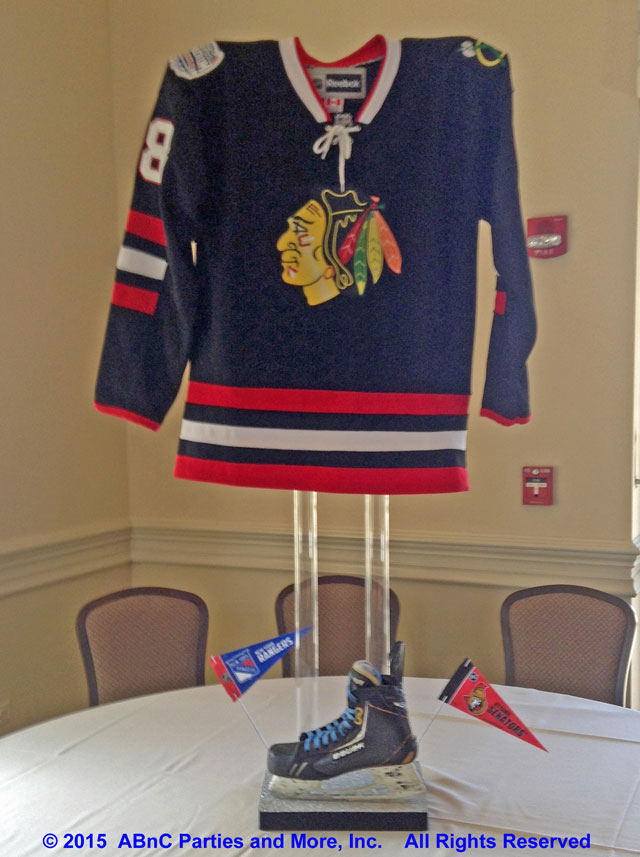 Use these custom DIY hockey centerpiece kits for your next hockey theme event, sports banquet, as a party decoration or for a sign in table.

Our tall jersey centerpiece (or T-shirt) is shown to the left with a Chicago Blackhawks jersey. These are ideal for a room with a high ceiling.

Included in the basic ice hockey kit (as pictured to the right):

Two optional hockey player cut outs painted black (as shown as an add on to the basic kit on the left).  Add $22.00

Hockey sticks and puck with no base

National Hockey League (NHL) Teams
We Can Feature For You