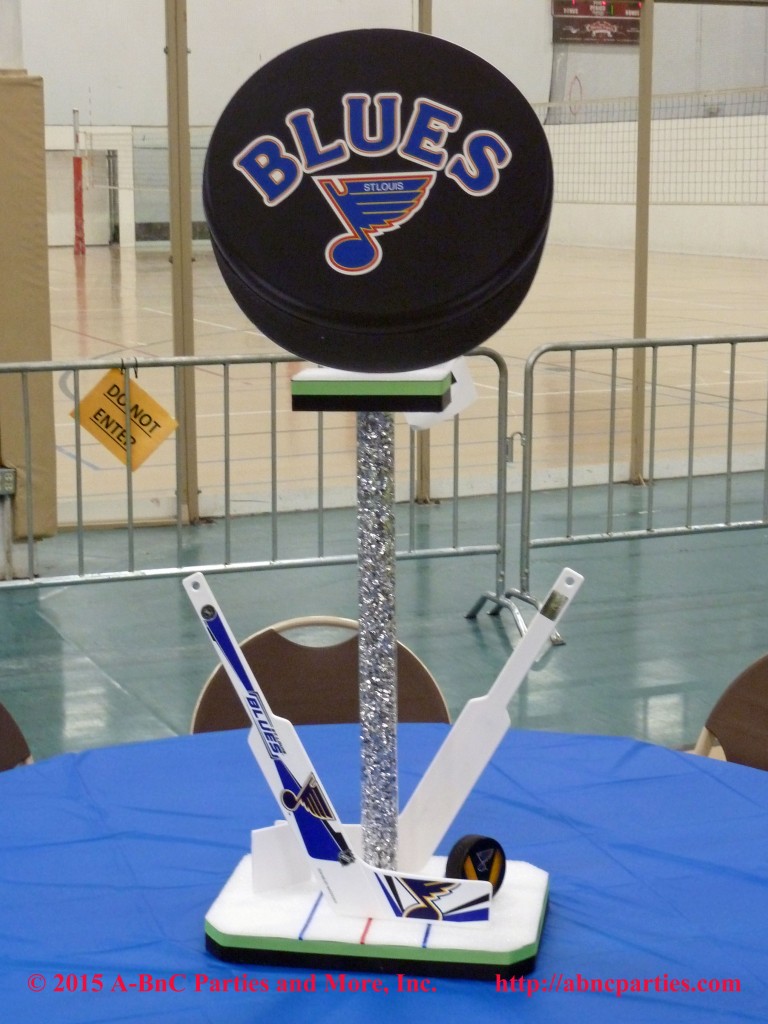 We recently provided decorations for (part of) a B’nei Mitzvah party at the Libertyville Sports Center in Libertyville, Illinois. A brother and sister were celebrating their dual Bar Mitzvah and Bat Mitzvah at the event. We provided centerpieces for the tables for the Bat Mitzvah girl, name centerpieces for the kiddush and food tables as well as balloon columns to greet the party guests.

It was a very unique set up since the party was actually held on one of the basketball courts. There was a basketball tournament game played on the very court just an hour or so prior to the Bat Mitzvah party. Many other basketball games were being played at the same time as were several soccer games. We had to wait for all the people to leave the court and the complex people to set up the tables and chairs. Only then could we set up the centerpieces and balloons for the party.

At previous meetings we had discussed what the centerpiece should look like. We designed a centerpiece to reflect decision made at these brainstorming sessions. The centerpiece’s ultimate design focused on custom hockey puck signs the mother of the Bat Mitzvah girl had designed.

We assembled the centerpieces in a storage room while we were waiting for the crowd to disperse from the tournament. We put the custom designed hockey puck at the top of the two level centerpiece. This served as the main focal point of the centerpiece. 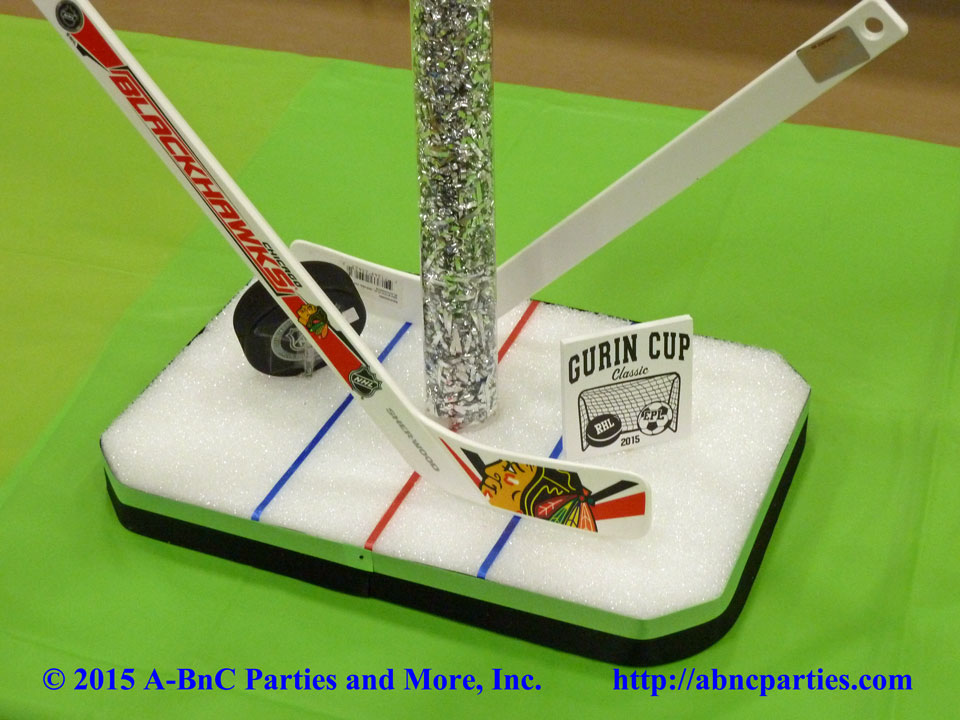 The centerpiece was constructed from a 12” x 14” Styrofoam base made to look like a hockey rink. I left the base white to resemble ice and used ribbon for the center line and the blue lines. A hockey puck, a small sign and two hockey sticks embellished the lower base.

I placed a 24” flexible plastic tube at the middle of the rink which was filled with silver shred. A smaller round base was glued at the top of the flexible plastic tube. I used it to attach the custom designed hockey puck sign. I ribboned the sides of the bases. To keep the hockey rink authentic I did not use any poofs on the bottom centerpiece base.

The custom designed hockey signs at the top of the centerpiece were used to tell the guests where to sit. Upon entering the party they found their custom designed place card. Each of the place cards had the matching hockey puck image to the one at their particular table.

This was the perfect centerpiece for this location. A hockey centerpiece at a sports complex! What could be a better match.