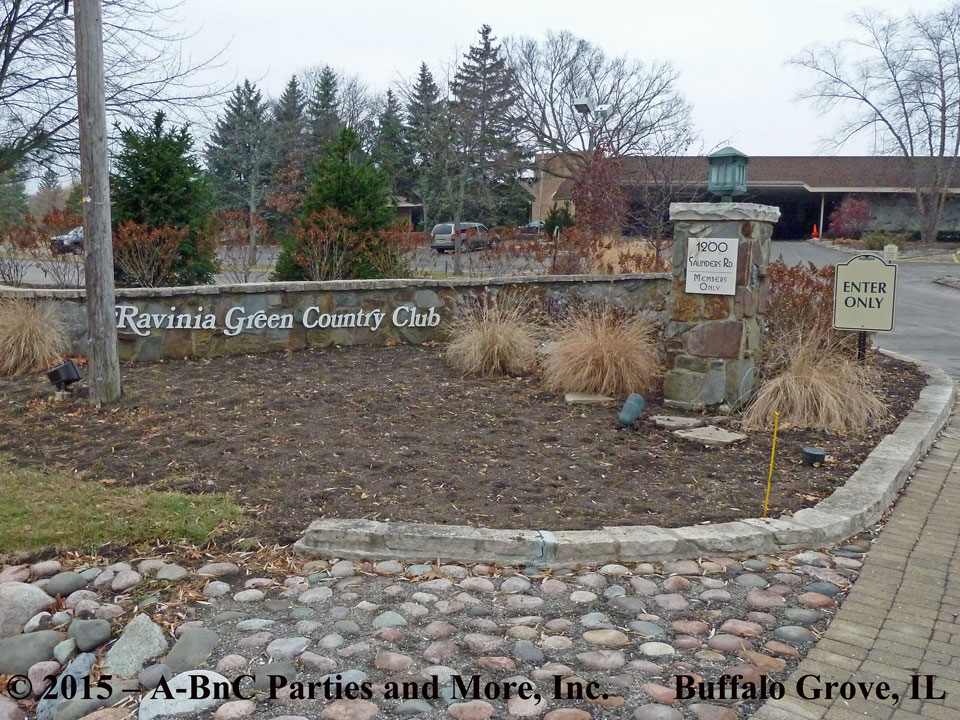 Just last week I wrote about day of event coordinating for Sandy’s son’s Bar Mitzvah party at the Ravinia Country Club (see image to left) in Riverwoods, Il. Today I want to tell you about the details that led up to that party day.

Sandy came to my showroom with an idea she had for her the Bar Mitzvah centerpiece. However, Sandy did not know how to put it all together as an attractive party centerpiece.

She knew she wanted to use Wii games as the theme for her son’s Bar Mitzvah centerpieces. Her son had many favorite games. Thus it would not be hard to come up with a different game, one for each of the guest tables.

We decided Sandy would purchase real Wii games to use on the centerpieces. After her son’s Bar Mitzvah party the Wii games would be donated to a charitable organization.

The paper insert from the Wii game was removed from the original case. I inserted it into a new DVD case. A 9” long wooden dowel was attached to the Wii game case with low temperature glue. The other end of the dowel was inserted and glued into the top Styrofoam disc.

[Note: Pictured below (left to right) are three of the Bar Mitzvah custom centerpieces based on the Wii game theme: Mario Kart, WWII Aces and Assassins Creed IV.]

I had another idea for the bottom base of the centerpiece. I designed a Wii controller made out of Styrofoam as well. The controller was placed in the front of the bottom (base) Styrofoam disc. This way the controller would simulate controlling the game displayed on the top level.

On the left side of the bottom base I made a CD showing the game. To the right I added a custom designed pennant with the name of the game. This enabled the guests to easily locate their tables at the party.

For an added effect, color and “eye appeal” I put mylar poofs and onion grass on the top and bottom Styrofoam bases. The mylar poofs not only added color, but they also hide the construction mechanics of the centerpiece. The onion grass adds height, volume and enhances the centerpiece itself. Note: Onion grass is actually strands of mylar paper mounted on a stick

The paper insert was removed from the DVD case at the top of the centerpiece and returned to its original case after Sandy’s son’s Bar Mitzvah party event was over. The Wii game was then donated to a charity of the family’s choice.

Everyone at the party loved the centerpieces and a lucky charity benefited from the donation of the Wii games. It was definitely a WIN WIN situation for all!!!