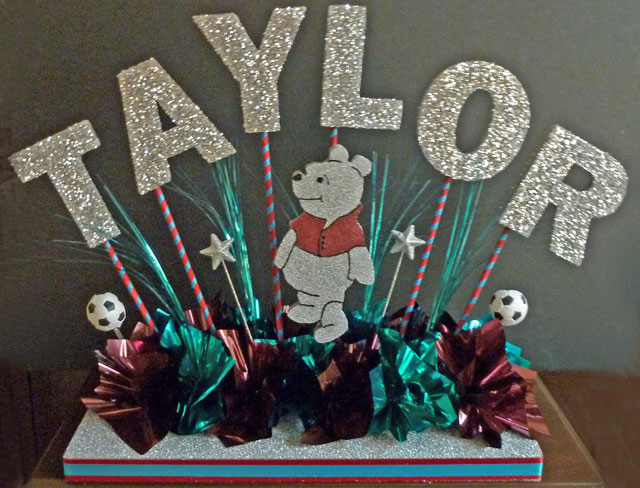 The centerpiece was on a 36” long Styrofoam base. Taylor’s name was cut from 1” Styrofoam and was 6” high. Taylor’s name was made in an arch and each letter was put onto a wooden dowel painted burgundy and trimmed in teal ribbon. The dowels varied in length to create the arch with the highest point being 20”. Stars were added as a finishing touch.

To carry out the theme colors further, burgundy ribbon was used with teal on top of it around the perimeter of the base. Teal onion grass or spray was added to the centerpiece to enhance the aesthetic appeal.

The centerpiece was used on the food table and surely added to the party decorations and festivity of the event. This same centerpiece could have candles added for a candle lighting or it could be used for a place card centerpiece and later moved to a sweet table.