The sport of Lacrosse is becoming more popular in the United States.  We decided to add these lacrosse centerpiece cut outs to our extensive line of party centerpiece cut outs.  Pictured here is  the male version. As with all of our cut outs, they are cut out of polystyrene and are available in plain white, detailed and as well as painted and detailed. 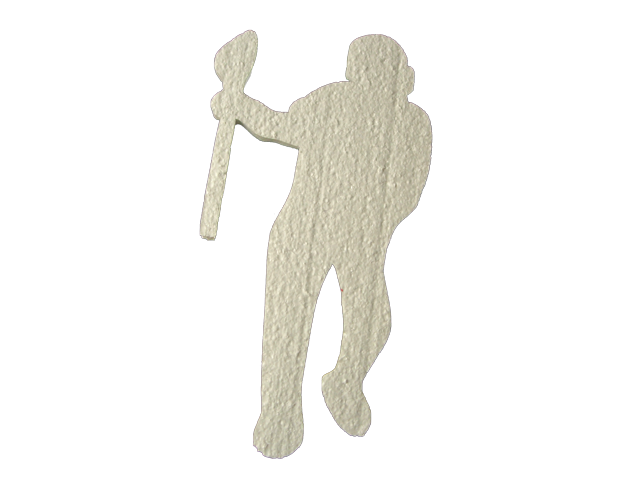 Lacrosse uses a small, solid rubber ball passed from player to player with a long racket also know as a lacrosse stick.  Netting at the end of the stick allows the ball to be caught, held and passed to another player or into a goal net for a score.  Both men and women play lacrosse and it is said to be the oldest team sport in the Americas.

I did some investigating about Lacrosse.  I found it originated as a Native American team sport among the Iroquois and Huron Indian tribes of the United States and Canada. The game had many uses.  It also had many purposes.  It could be played to resolve conflicts or to prepare for war.  It was a development tool for strong bodies and used as a religious rite.

Our centerpiece decorations are certainly not used for those reasons.  However, they are applicable for your next sports event or celebration, themed wedding or rehearsal, birthday or retirement party, as well as bar mitzvah and bat mitzvah celebrations.

Visit our main do it yourself centerpiece site for more sports cut outs.